Our pick of the biggest compliance news in Financial Services this month:

Konstantin Vishnyak, a former banker, has been charged over allegedly deleting his WhatsApp messages in an insider dealing investigation.

In the first case of its kind to be brought by the Financial Conduct Authority (FCA), Mr Vishnyak, 41, appeared at Westminster Magistrates’ Court on 6 September 2019 and pleaded not guilty to destroying documents which he knew or suspected were or would be relevant to an investigation.

The prosecution relates to the destruction of documents offence under the Financial Services and Markets Act 2000, which specifies that a person who knows or suspects that an investigation is being or is likely to be conducted, is guilty if he conceals, destroys or disposes of any relevant documents. This is applicable unless they show no intention of concealing facts disclosed by the documents from the investigator.

Mr Vishnyak was under investigation by the FCA for suspected insider dealing offences. The FCA alleges that he deleted the WhatsApp application on his mobile phone after he was required to provide it as part of the investigation. He will now appear at Southwark Crown Court next month and has been granted bail until the next hearing.

Mr Vishnyak worked at VTB Capital between 2008 and 2016 and is now head of business development at Queen Street Finance.

A high street foreign exchange bureau has been fined £7.8 million by the HM Revenue and Customs (HMRC) for breaching money laundering regulations.

Mr Hassanien Touma, who founded the firm, was banned on 20 May 2019 from any management roles at a business governed by anti-money laundering regulations after he failed to pass a vetting test to ensure he was fit and proper to carry out the role.

The fine was announced following a separate HMRC month-long crackdown on Money Services Businesses (MSBs) which was carried out with the Metropolitan Police and FCA. It targeted MSBs at risk of being used for money laundering to fund organised crime, such as drug trafficking, violent crime and terrorism.

Commenting on the fine, Simon York, Director of HMRC’s Fraud Investigation Service, said: “We know that criminals use MSBs to disguise and move dirty money, and we’re determined to thwart them by helping businesses avoid being exploited in this way.

“However, a word to the wise for those firms who, either by ignorance or design, continue to flaunt the rules – this record fine shows we mean business, so get your house in order before we come knocking.”

In 2018 to 2019, HMRC recovered more than £41 million using the confiscation, civil recovery and cash forfeiture regimes in the Proceeds of Crime Act and successfully prosecuted 32 individuals for money laundering offences and failing to follow regulations. Criminals are serving combined jail sentences of nearly 65 years as a result of the action HMRC has taken.

Following contested proceedings, the Upper Tribunal has found that Andrew Tinney, the former Chief Operating Officer (COO) of Barclays Wealth and Investment Management (Barclays Wealth), breached his obligation as an approved person to act with integrity.

In March 2012, Mr Tinney received a document which contained critical findings about the culture within Barclays Wealth’s US branch, Barclays Wealth Americas. Subsequently, the Chairman of Barclays Bank plc, of which Barclays Wealth is a division, received an anonymous email alleging that “a Wealth cultural audit report” had been suppressed. Mr Tinney assisted in drafting a response to this allegation.

The FCA also alleged that Mr Tinney made false or misleading statements to his colleagues in a response to the US Federal Reserve Bank of New York in November 2012 about the same document, however, the Upper Tribunal did not uphold this allegation.

In addition, the Upper Tribunal found that, following these events, Mr Tinney made a misleading statement to his professional regulator (the Institute of Chartered Accountants in England and Wales) concerning the nature of his conduct. However, the Upper Tribunal did not uphold the separate allegation that Mr Tinney had misled the FCA.

Following a separate hearing on sanctions in March 2019, the Upper Tribunal determined that the appropriate sanction was for the FCA to publish a statement of Mr Tinney’s misconduct (a public censure) but they did not uphold the FCA’s submission that a breach of the obligation to act with integrity justified Mr Tinney from being banned from working in the financial services industry in the future.

A review of advertising by Claims Management Companies (CMCs) by the FCA has highlighted found widespread poor-practice.

Examples of bad practice uncovered by the regulator, include that firms:

The regulator has called upon CMCs to do more to ensure their promotions do not mislead potential customers. It has also introduced several new rules in relation to financial promotions issued by CMCs to ensure that CMCs provide information to consumers that is fair, clear and not misleading.

Jonathan Davidson, Executive Director of Supervision – Retail and Authorisations at the FCA, comments: “Many CMCs play a significant role in helping consumers to secure compensation. But CMCs using misleading, unclear and unfair advertising practices to get business is completely unacceptable. We won’t hesitate to take action where we consider that customers are being misled or otherwise treated unfairly by poor advertising.”

A watch dealer who went on the run in July 2017 during his trial for money laundering, has been sentenced to more than five years in prison.

Richard Baldwin is a key figure in the FCA's Operation Tabernula, one of the FCA’s largest and most complex insider dealing investigations. He was sentenced on 3 September 2019, to five years and eight months after his 2017 conviction for laundering £1.5 million of profits from insider dealing between 2007 and 2008.

Baldwin’s business partner in his watch dealing business was Andrew Hind. Hind was a close personal friend of Martyn Dodgson, a senior investment banker. Dodgson sourced inside information from within the investment banks at which he worked and passed on this inside information to Hind who acted as a ‘middle man’. Hind then effected secret dealing for the benefit of Dodgson and himself.

Baldwin knew Dodgson through Hind. To receive some of the proceeds from the conspiracy, Baldwin set up a company in Panama and opened a company bank account in Zurich. In October 2007 Baldwin received £1.5 million into the company account in Zurich and explained the receipt of the monies by providing a false invoice to his bankers. Having received the money, over the course of the next year or so, Baldwin dissipated the vast amount of the £1.5 million using his other Panamanian companies and off-shore accounts. The off-shore companies acted as buffers, which concealed the true source of the funds.

Following the search of Baldwin and Hind’s business premises by the FCA in March 2010, Baldwin closed the account of the Panamanian company that received the £1.5 million and of the two other Panamanian companies through which he had moved the bulk of the money.

In June 2011, Baldwin was notified of the Restraint Order. Within a fortnight he had flown twice to Geneva and withdrawn the sterling equivalent of £114,000 in cash and liquidated assets worth more than £82,500. Over the next six months Baldwin accessed safety deposit boxes in Switzerland and England and disposed of the assets contained therein. Over the next two years Baldwin failed to repatriate assets to the UK and disposed of those assets and he dealt with undisclosed income.

Mark Steward, FCA’s Executive Director of Enforcement and Market Oversight, commented: “Money-launderers compound the harm caused by crime by helping to cover up the offence and making it more difficult for victims to get the redress they deserve. Mr Baldwin remains a fugitive.  However, we will continue to pursue him to ensure he fully accounts for his wrongdoing and serves his sentence.”

Review of Regulators’ handling of IRHP redress scheme is underway

An independent review has commenced into the supervisory intervention on Interest Rate Hedging Products.

The Review will cover both the actions of the Financial Services Authority (FSA) and FCA. It will look at the implementation and oversight of the redress scheme to understand what lessons can be learned.

In March 2012, the FSA identified significant issues with the sale of Interest Rate Hedging Products (IRHPs) to UK Small and Medium Enterprises (SMEs). The FSA intervened and secured voluntary agreements with the banks to provide redress.

In June 2015, following a Treasury Select Committee’s recommendation in its report Conduct and Competition in SME Lending, the FCA committed to a review of its supervisory intervention on IRHPs. However, the start of the review was deferred pending the conclusion of legal action relating to the redress scheme.

On 20 June 2019, the FCA announced the appointment of John Swift QC to carry out the review and published a Terms of Reference setting out the scope and parameters of the review.

John Swift QC announced on 16 September that his full independent support team is now in place. He said: “The Review into the implementation and handling of the IRHP redress scheme is now fully underway and we are keen to hear from anyone who was affected by it.

“We will provide an assessment of the FSA/FCA’s actions relating to the redress exercise and set out the lessons, if any, that should be learned from the Review. A final report will be made publicly available as soon as is practically possible.”

Information relating to the independent investigation will be detailed on FCA’s Review of IRHP, which is updated regularly.

The FCA has agreed a plan that gives the payments and e-commerce industry extra time to implement Strong Customer Authentication (SCA).

With effect from 14 September 2019, new European Union (EU) rules (introduced by the Second Payment Services Directive) have started to apply that impact the way in which banks or payment services providers verify their customers identity and validate specific payment instructions. The new rules, called Strong Customer Authentication (SCA), are intended to enhance the security of payments and limit fraud during this authentication process.

The FCA has agreed an 18-month plan to implement SCA with the e-commerce industry of card issuers, payments firm and online retailers. The plan reflects the recent opinion of the European Banking Authority (EBA) which set out that more time was needed to implement SCA given the complexity of the requirements, a lack of preparedness and the potential for a significant impact on consumers.

Jonathan Davidson, Executive Director for Supervision – Retail and Authorisations, said: “The FCA has been working with the industry to put in place stronger means of ensuring that anyone seeking to make payments is not a fraudster. While these measures will reduce fraud, we want to make sure that they won’t cause material disruption to consumers themselves; so we have agreed a phased plan for their timely introduction.”

The FCA will not take enforcement action against firms if they do not meet the relevant requirements for SCA from 14 September 2019 in areas covered by the agreed plan, where there is evidence that they have taken the necessary steps to comply with the plan. At the end of the 18-month period, the FCA expects all firms to have made the necessary changes and undertaken the required testing to apply SCA. 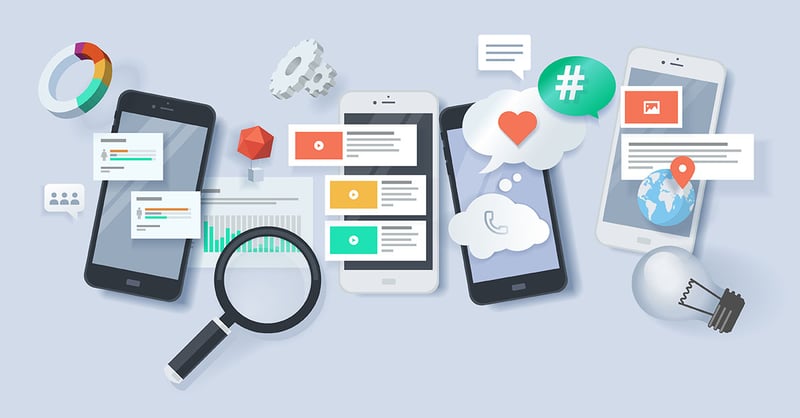 Financial firms are increasingly using social media to communicate information and promote products. But, how can you... 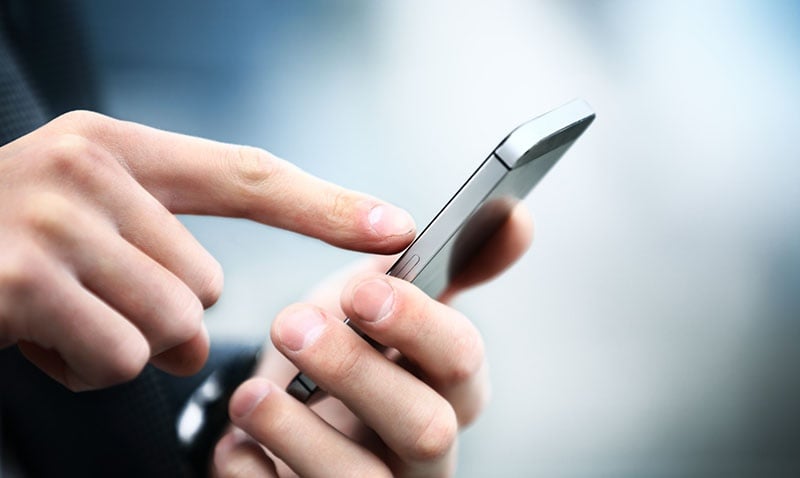 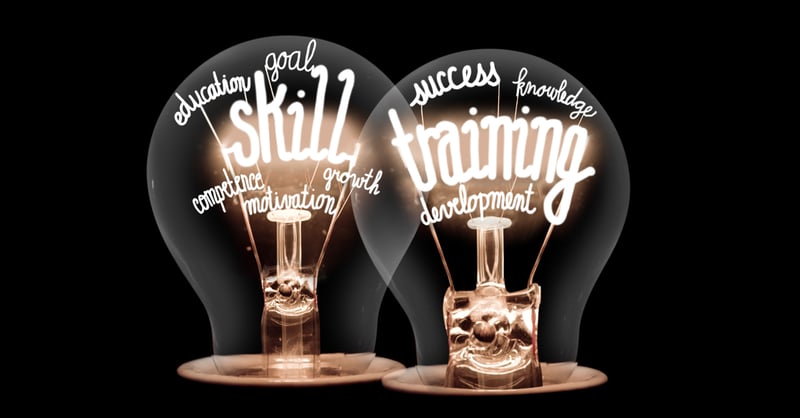