Court filings reveal that almost $3.1 billion is owed to creditors after the FTX cryptocurrency exchange collapse.

FTX, once valued at $32bn, enabled people to buy bitcoin and was one of the biggest global exchanges. Before its collapse, FTX had secured big-name backing from the likes of Sequoia Capital, Temasek, BlackRock and Tiger Global.

Concerns were raised after an online document leak showed its sister company Alameda Research was unstable and had been loaned $10bn from FTX, sparking a run on withdrawals. Over a million investors – 80,000 of them in the UK – are believed to have lost their money. The true scale of losses is still unknown, largely due to poor record keeping.

Sam Bankman-Fried (SBF), its unconventional founder who allegedly played video games in pitch meetings, apologised to FTX employees. Many of them were paid in FTX's FTT token, which has dropped 80% in value.

John Ray III, who oversaw the Enron bankruptcy, has replaced him as chief executive. His assessment was damning, "Never in my career have I seen such a complete failure of corporate controls and a complete absence of trustworthy financial information as occurred here."

Around $2.5 billion is missing from Iraq's state coffers in what Iraqis describe as the 'heist of the century'.

According to reports, the embezzlement of tax revenues was an inside job. Planned by a businessman and carried out by employees in the tax commission. It began when the audit of withdrawals from Iraq's tax accounts was scrapped.

The brazen scheme resulted in shell companies withdrawing $2.5b, assisted by corrupt officials. The AML unit at Rafideen bank, where payments were cleared, had flagged the transactions, but no action was taken.

In his resignation letter, former finance minister Ali Allawi said the country risked being consumed by a "vast octopus of corruption and deceit".

Mahsa Amini died in police custody after being arrested for allegedly not meeting Iran's strict dress code. Protestors took to the streets, with women publicly cutting their hair and removing their hijabs to show their support.

But as protests gathered pace, the Iranian authorities responded with violence, killing hundreds and injuring thousands more. The sanctions mean designated individuals cannot travel to the UK, and their UK assets are frozen.

Police have arrested over 100 people in its investigation into the UK's biggest ever 'bank spoof' fraud.

The international sting took down iSpoof, a phone number spoofing site described as a "one-stop spoofing shop". Criminals had used it to scam around 200,000 customers with fake bank calls.

iSpoof enabled scammers to disguise their phone numbers, so they could dupe victims into thinking they were talking to credible organisations (such as their bank or tax office). Around £50m is believed to have been stolen, although the true figure may be much higher. One victim lost £3m. Criminals made payments to iSpoof for this service via bitcoin.

Teejai Fletcher, the 'mastermind' behind iSpoof, and two accomplices have been arrested. Police said the 34-year-old lived a 'lavish' lifestyle and netted £3.2m. He has been charged with making or supplying articles for use in fraud, participating in activities of an organised crime group, and proceeds of crime matters.

Some of the biggest global asset management, state pension and sovereign wealth funds passively invest in companies involved in the repression of Uyghur Muslims in China's Xinjiang province. That's the alarming finding of a joint report by Hong Kong Watch and the Helena Kennedy Centre for International Justice at Sheffield Hallam University.

It claims that at least 13 companies on MSCI's Emerging Markets index are known to have used forced labour or benefited from internment camps in the region.

"We leave it to Morgan Stanley and others to ensure our money is being stewarded wisely. Investing in companies operating in the Uyghur Region is a serious ethical risk, but it's also a financial risk since these companies have been targeted by government sanctions and international advocacy campaigns."

The report calls on governments to create a list of banned entities, ban the import of goods linked to forced labour, and ban investments in firms with links to forced labour.

It says, "It is vital that firms take action and live up to the ethical commitments that they have made under ESG frameworks and through signing international human rights compacts."

Glencore to pay £281m for bribery

Mining giant Glencore must pay £281m for bribery by its west Africa oil trading desk in London. It is the biggest fine imposed on a company by a UK court.

Glencore Energy UK admitted seven counts of bribery, from Nigeria to Cameroon between 2011 and 2016. The judge said it had engaged in "corporate corruption on a widespread scale, deploying substantial amounts of money in bribes".

Glencore employees and its agents used $27m to bribe officials for preferential oil access. In one case, $800,000 in cash was flown by private jet by employees to South Sudan, supposedly for a new office. In fact, it was used for bribes using fake documents to cover it up.

A trader also brazenly withdrew money for "business expenses" from a Swiss "cash desk" and used it as bribes.

The judge said corruption was "endemic" and had been signed off by its senior people. Kalidas Madhavpeddi, Glencore's chair, admitted, "The conduct that took place was inexcusable and has no place in Glencore."

Earlier this year, prosecutors found the company guilty in the US and Brazil and fined around $1.1bn and $40m respectively.

Three companies – Segro Administration, Airworld Airlines and Unilode Aviation Solutions UK – have been fined following a workplace accident. In a warehouse accident near Heathrow Airport, an HGV driver was crushed between a reversing lorry and a forklift truck.

The accident happened when employees were collecting consignments at the shared site. The HSE inspection found no segregation between those working and visitors to the site, giving no protection from moving vehicles. The employee suffered serious injuries.

“Where businesses share a workplace, they should ensure that there are systems in place for sufficient communication, co-operation and co-ordination so that others are aware of the risks arising from their undertaking.”

Goldman Sachs allegedly paid a $12 million settlement to one of its former female senior partners who filed an internal complaint about its sexist culture.
The complaint alleged women were subject to pay disparity and vulgar and dismissive comments – including some by senior executives.

Where male executives critiqued women's appearance, including their weight and necklines, even suggesting fitness regimes. And, men asked senior women to fetch coffee. The decision to settle two years ago was thought to be made to avoid undermining its diversity efforts.

Goldman disputes the claims and says there are factual errors in Bloomberg's report. A class-action lawsuit against Goldman Sachs is expected to start in June. Former managing director and author of Bully Market, Jamie Fiore Higgins said: "I think there is a bit of a disconnect from these fabulous goals that Goldman has, and then lack of enforcement in the day-to-day."

The UK's Competition and Markets Authority has confirmed that it is investigating the dominance of Apple and Google's mobile browsers and cloud gaming. 97% of all UK mobile web browsing occurs on Apple or Google search engines.

The investigation will examine the firms' mobile browser market dominance and how Apple restricts cloud gaming via the App Store.

“Many UK businesses and web developers tell us they feel that they are being held back by restrictions set by Apple and Google,”

Of course, it is not the first time that tech giants have attracted the attention of competition authorities in Europe and elsewhere. 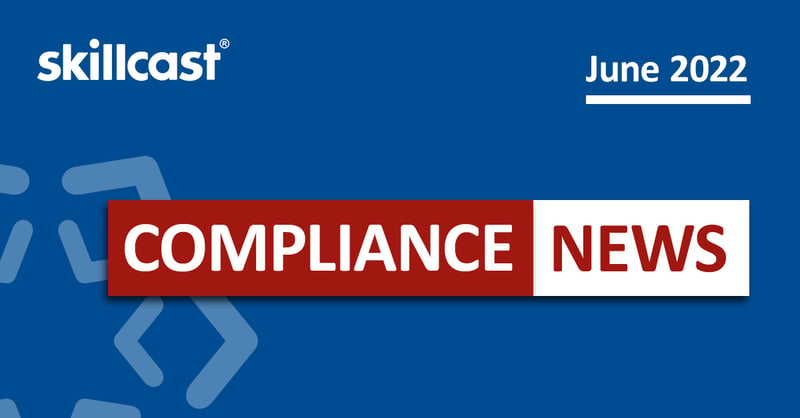