Our pick of the biggest compliance news in FS this month

The Financial Conduct Authority (FCA) has fined Prudential £23,875,000 for failures related to non-advised sales of annuities.

Between July 2008 and September 2017, Prudential’s non-advised annuity business focused on selling annuities directly to existing Prudential pension holders. The FCA found that Prudential’s business model for annuities included using telephone calls to maximise sales to existing pension customers. However, Prudential failed to ensure that the documentation used by its call handlers was appropriate, and it failed to monitor the calls with customers adequately. Firms are required to explain to customers that they may get a better rate if they shop around on the open market and Prudential failed to ensure that customers were consistently informed of this.

Prior to 1 January 2013, Prudential also used large, sales-linked incentive schemes for call handlers and managers which increased the risk of inappropriate customer outcomes.

The FCA concluded that these weaknesses in Prudential’s systems and controls, combined with the complex nature of annuities, and the potential vulnerability of customers, led to some customers being treated unfairly and created a significant risk of consumer detriment. More detail about the FCA’s findings can be found in the final notice issued to Prudential.

Mark Steward, Executive Director of Enforcement and Market Oversight at the FCA said: “Prudential failed to treat some of its customers, who could have secured a better deal on the open market, fairly. These are very serious breaches that caused harm to those customers. Prudential is now rightly focussed on redress and today’s financial penalty reinforces the cardinal obligation of fairness that firms owe to customers.”

Prudential voluntarily agreed to conduct a past business review of non-advised annuity sales to identify any customers who may be entitled to redress as a result of the firm’s failures. As of 19 September 2019, Prudential had offered approximately £110 million in redress to 17,240 customers.

The Financial Conduct Authority (FCA) has fined the broker Tullett Prebon £15.4 million for failing to have effective controls around broker conduct.

Tullett Prebon is an electronic and voice inter-dealer broker, acting for institutional clients transacting in the wholesale financial markets, typically investment banks. The Rates Division of the broker carried out ‘name passing’ broking, employing many brokers and generating significant revenues for the firm. Following an FCA investigation, the FCA found that, between 2008 and 2010, the firm’s Rates Division had ineffective controls around broker conduct.

Lavish entertainment and a lack of effective controls allowed improper trading to take place, including ‘wash’ trades (a ‘wash’ trade involves no change in beneficial ownership and has no legitimate underlying commercial purpose) which generated unwarranted and unusually high amounts of brokerage for the firm.

The firm’s senior management mistakenly believed sufficient systems and controls were in place, when in fact, systems and controls were not used or directed effectively. Obvious red flags of broker misconduct and opportunities to probe were missed. For example, when the firm made inquiries of one broker about the basis for inordinately high brokerage on one trade the broker responsible said 'you don’t want to know' and no steps were taken to identify the reasons, let alone whether they were appropriate.

Mark Steward, Executive Director of Enforcement and Market Oversight at the FCA said: “The market performs important public functions and is not a private game of self-enrichment. While these trades did not mislead the market, nor amount to market abuse, the wash trades were entirely improper, undermining the proper function of the market. Senior management and compliance were cocooned from seeing the misconduct, and systems and controls failed to probe broker conduct, even when warning signs were visible.”

The FCA confirmed that Tullett Prebon also breached Principle 11 of the FCA’s Principles for Businesses by failing to be open and cooperative with the regulator. In August 2011 the FCA asked Tullett Prebon for broker audio tapes. Although Tullett Prebon had the majority of the audio that the FCA required, they failed to produce the audio to the FCA until 2014.

Further details about the FCA findings can be seen in the final notice issued to Tullett Prebon.

The EIOPA has warned the insurance industry that it considers that such business models are not consistent with fundamental regulatory principles set out in the European Insurance Distribution Directive (IDD). IDD principles include the requirement to always act in the best interests of the customer and obligations on product oversight and governance, which aim to ensure financial products and services are compatible with the needs, characteristics and objectives of the customers belonging to the target market, so as to ensure good consumer outcomes including from a value perspective.

The EIOPA has reminded all market participants to comply fully with the IDD. Firms should assess their product offering and approval process, including their identification of target markets, to ensure that their products offer fair value to customers and are fully capable of meeting the needs of their customers.

An FCA market study into the pricing of home and motor insurance has found that six million general insurance policyholders have been impacted by the so called ‘loyalty penalty’.

The ‘loyalty penalty’ is the term adopted for general insurance premium pricing, in which consumers who do not switch or negotiate with their provider can pay high prices for their insurance.

The FCA study has found that:

The FCA is undertaking a range of activities to address the problems it has identified including to ensure firms improve the governance, control and oversight of pricing practices; deliver the changes required from firms following implementation of the Insurance Distribution Directive (IDD) and continue improving transparency and engagement at insurance renewal.

The regulator is considering further remedies to:

The FCA intends to publish a final report and consultation on remedies regarding this market study in the first quarter of 2020.

A multi-firm review of firms’ governance practices has found limited consideration of whether unit-linked funds provide good value for their investors.

The review, carried out by the FCA, follows the regulator’s Asset Management Market Study (AMMS), published in June 2017, which found that authorised fund managers generally did not consider robustly whether they were delivering good value. Later this year the FCA is introducing a package of remedies to address the findings of the AMMS, but the remedies will not apply to unit-linked funds.

The recent multi-firm review of unit-linked funds, suggests similarities between the governance practices for unit-linked funds to those found for managers of authorised funds in the FCA’s Asset Management Market Study.

The FCA will assess the findings from its review alongside those from its continuing work on non-workplace pensions, the governance of unit-linked mirror funds and the effectiveness and scope of IGCs. It will consider whether it needs to implement enhanced regulatory requirements.

The new requirements, which are detailed in Policy Statement PS19/25, require firms to publish a range of overdraft pricing details. This information will highlight to consumers and third parties, including price comparison services and the media, the interest rates and the refused payment fees consumers are being charged on a product. The information will be published in the quarterly information on current account services.

The overall package of overdraft remedies will be in force by 6 April 2020. The FCA expects that the changes will result in a fairer distribution of charges, particularly benefiting vulnerable consumers, who are disproportionately hit by high unarranged overdraft charges.

The FCA has advised that it will carry out a post-implementation evaluation of the new overdraft requirements. It does not expect to start the evaluation until at least 12 months after implementing the full package of remedies, which will be from April 2021.

Petfre Gibraltar Limited, trading as Betfred, has been ordered to pay £322,000 after the UK Gambling Commission found the bookmaker had failed to carry out adequate anti-money laundering checks.

An investigation by the Gambling Commission revealed that Petfre failed to carry out adequate source of funds checks on a customer who deposited £210,000, and lost £140,000, of stolen money in a 12-day period in November 2017.

Petfre have agreed to return £140,000 to the identified victim and make a £182,000 payment in lieu of a financial penalty which will be spent accelerating delivery of the National Strategy to Reduce Gambling Harms.

A customer being able to deposit and lose such significant amounts in such a short period of time clearly indicated failings in the effectiveness of Petfre’s anti-money laundering policies and procedures.

A statement published by the Gambling Commission comments: “Petfre has acknowledged and accepted that there were shortcomings in the application of its AML controls and its policies and procedures, and has accepted that it failed to act in accordance with the Licence Conditions and Codes of Practice (LCCP), and the Commissions advice to operators (excluding casino operators) titled Duties and Responsibilities under the Proceeds of Crime Act 2002.”

We also publish our pick of the most informative compliance stories every month in our Compliance Essentials News. 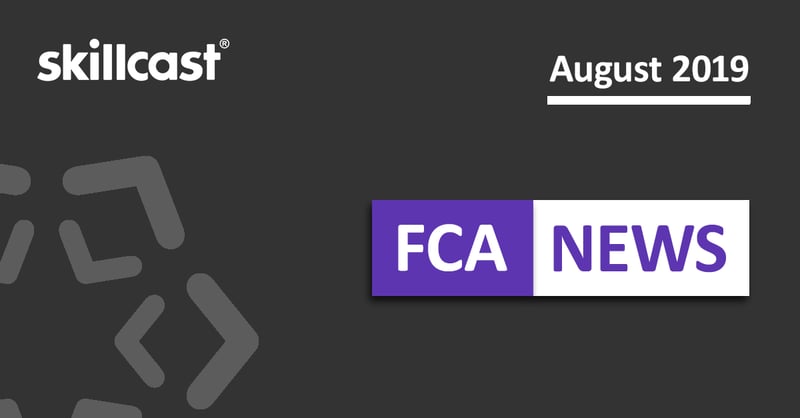 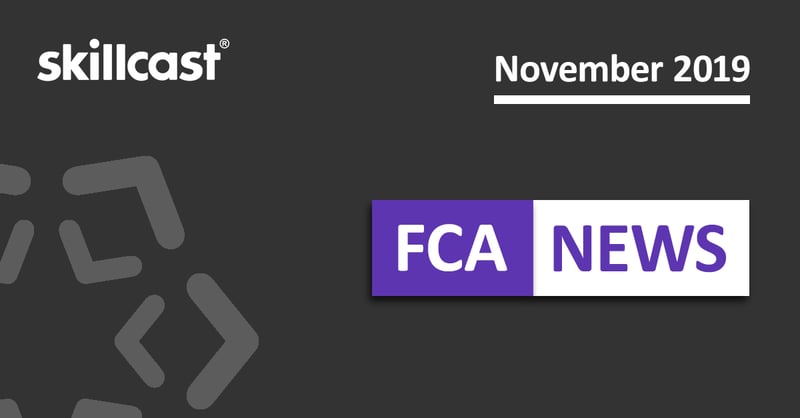 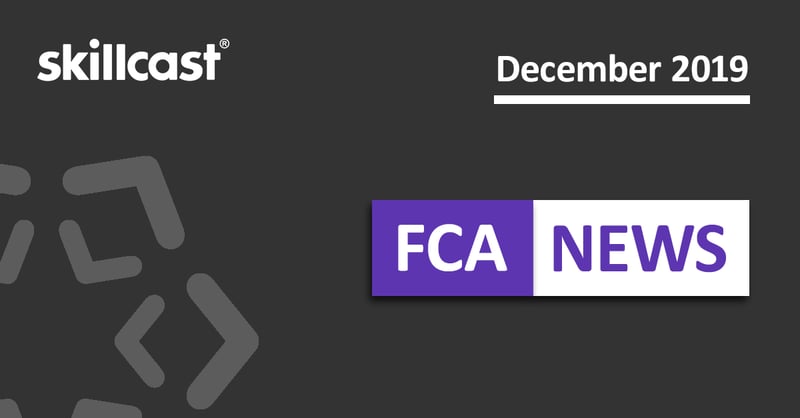