For us, compliance is about people - their motivations, their errors of judgement, and in some cases, brazen disregard of the rules. Here's a selection of news stories from the last month. Select the links or scroll down for more details.

The Financial Conduct Authority (FCA) has fined Paul Stephany, a former fund manager at Newton Investment Management Limited, £32,200 for his conduct in relation to an Initial Public Offering (IPO) and a placing.

On two separate occasions Stephany submitted orders as part of a book build for shares that were to be quoted on public exchanges. In both instances, prior to the order books for the new shares closing, Stephany contacted other fund managers at competitor firms and attempted to influence them to cap their orders at the same price limit as his own orders.

The FCA said Stephany’s actions which took place in September 2015 and July 2015, undermined the proper price formation process of capital raises. By engaging in such communications, Stephany acted contrary to Statement of Principle 3 by failing to observe proper standards of market conduct.

Mark Steward, Executive Director of Enforcement and Market Oversight at the FCA, comments: “This matter underscores the importance of fund managers taking care to avoid undermining the proper price formation process in both IPOs and placings. These markets play a vital role in helping companies raise capital in the UK’s financial markets and when they are put at risk the FCA will take action.”

A case brought by the Financial Conduct Authority (FCA), resulted in Manraj Virdee being found guilty of misleading consumers, fraud, and the illegal operation of an unauthorised investment scheme worth over half a million pounds.

Virdee was the sole director of Dynamic UK Trades Ltd and between October 2015 and November 2017 he promoted a deposit taking scheme without authorisation from the FCA mainly targeting wider family and associates. He also entered into an agreement with one investor to manage £192,500 in spread betting trading in which only £10,000 was used as promised.

Virdee received a total of approximately £600,000 in funds from investors some of whom were ‘guaranteed’ returns of up to 100% based on his claimed success as a currency trader. In reality, only £457,119 of those deposits were actually traded by Virdee and almost all of these funds were lost or used to fund Virdee’s lifestyle. In sentencing Virdee, HHJ Pegden QC agreed with the prosecution’s description that his trading over the 2-year period was 'spectacularly unsuccessful'.

Virdee was sentenced on 4 February, at Southwark Crown Court to a 2-year prison sentence suspended for 2 years and he was further ordered to carry out 300 hours of unpaid work in the community.

The New York Department of Financial Services (DFS) has fined Standard Chartered $40 million for attempting to rig transactions in foreign exchange markets between 2007 and 2013.

The investigation by DFS, as well as an internal review by the bank, found that bank traders used a range of illegal tactics to maximise profits or minimise losses at the expense of the bank’s customers or customers at other banks. Under the consent order with DFS, Standard Chartered admitted that it failed to implement effective controls over its foreign exchange business, which is conducted at its London headquarters and in other global financial centres.

DFS report that traders based in New York and elsewhere joined traders at other locations in a chat room called “Old Gits.” The chat room was formed so they could coordinate trading, share confidential information and otherwise affect FX prices. One trader described the chat room to a new member as “a den of thieves.” Membership in the chat room was controlled by its members who voted on whether new members were trustworthy enough to join.

The investigation found that traders regularly ignored guidance from regulators, as well as guidance from the bank itself, that was designed to protect client confidentiality and to avoid situations involving trading on non-public information.

DFS also found that Standard Chartered’s management failed to effectively supervise the bank’s FX business and ensure compliance with rules, regulations, and laws. The bank – which was attempting to grow its FX business – was slow to identify risks and develop policies and processes to govern the business and ensure compliance. The bank was found to have limited policies or training programmes to guide staff about the line between proper and improper behaviour.

DFS Superintendent Vullo comments: “The integrity of the global financial system is compromised when the hunger for profit leads bankers and traders to turn a blind eye to the kind of illicit activities uncovered by DFS’s broad investigation.”

The Financial Conduct Authority (FCA) has published new rules and guidance to improve the quality of the information available to consumers about the funds they invest in.

The FCA’s asset management market study presented evidence of weak price competition in many areas of the asset management industry. In April 2018, in its first steps to address this, the FCA introduced new rules to ensure fund managers act as agents of investors in their funds. The additional rules and guidance build on those already introduced and will make it easier for investors to choose the best fund for them and help them achieve their investment objectives.

The new rules and guidance:

Christopher Woolard, the FCA’s Executive Director of Strategy and Competition, commented: “We’re working to make competition work better in the asset management market and protect those least able to actively engage with their investments. Today’s remedies build on those we’ve already introduced and will make it easier for investors to choose the best fund for them and help them achieve their investment objectives.”

The Financial Conduct Authority (FCA) has warned investors to be vigilant to the threat posed by investment scammers, as Action Fraud reveals over £197 million of reported losses in 2018. Victims were scammed out of over £29,000 on average last year, as fraudsters employed increasingly sophisticated tactics to persuade victims to invest.

According to data collected by the FCA call centre, the most commonly reported scams involved investments in shares and bonds, forex and cryptocurrencies by firms that are not authorised by the FCA. Together they accounted for 85% of all suspected investment scams reported in 2018.

The profile of investment scams is changing with people being targeted online, moving away from the traditional cold call. Fraudsters are now contacting people through emails, professional looking websites and social media channels, such as Facebook and Instagram. The FCA is urging the public to be vigilant when making investment decisions, and to look out for the following six warning signs:

Mark Steward, Executive Director of Enforcement and Market Oversight, FCA, said: “Investment scams are becoming more and more sophisticated and fraudsters are using fake credentials to make themselves look legitimate. The FCA is working harder than ever to help protect the public against this threat. Last year we published over 360 warnings about potentially fraudulent firms. And we want to spread the message so we can all better protect ourselves from investment scams.” 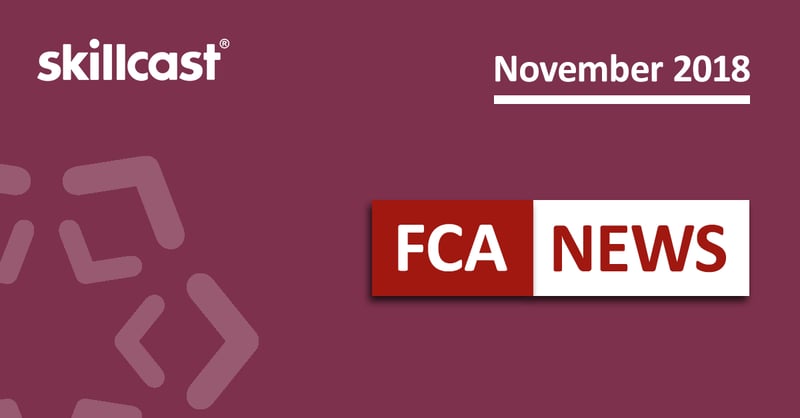 Our November 2018 edition of FCA Compliance News looks at the latest regulatory developments in the financial services... 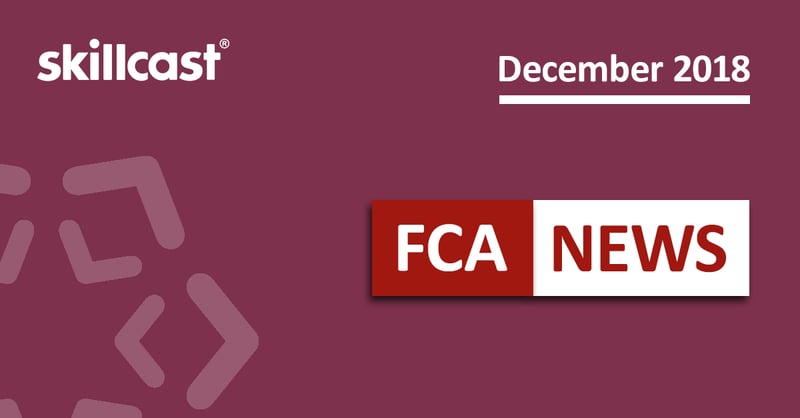 Our December 2018 edition of FCA Compliance News looks at the latest regulatory developments in the financial services... 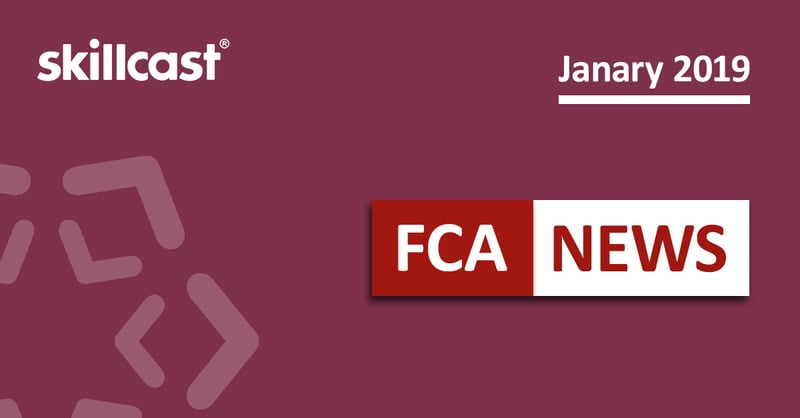