This blog aims to provide a roundup of some of the biggest regulatory compliance headlines in the financial service sector over the last month. Select the links or scroll down for more details.

The Financial Conduct Authority (FCA) and Prudential Regulation Authority (PRA) have fined Raphaels Bank a total of £1,887,252 for failing to manage its outsourcing arrangements properly.

Raphaels’ Payment Services Division (PSD) operates prepaid card and charge card programmes in the UK and Europe. The division relies on outsourced service providers to perform certain functions including the authorisation and processing of card transactions.

The regulators found that Raphaels failed to have adequate processes to enable it to understand and assess the business continuity and disaster recovery arrangements of its outsourced service providers, particularly how they would support the continued operation of its card programmes during a disruptive event. The absence of such processes posed a risk to Raphaels’ operational resilience and exposed its customers to a serious risk of harm.

On 24 December 2015 a technology incident occurred at an outsourced card processor, causing the complete failure of the authorisation and processing services it provided to Raphaels. The incident lasted over eight hours and during this time, 3,367 customers were unable to use their prepaid cards and charge cards. In total, the card processor could not authorise 5,356 customer card transactions attempted at point of sale terminals, ATM machines and online.

The joint FCA and PRA investigation identified weaknesses throughout the Firm’s outsourcing systems and controls which Raphaels ought to have known about since April 2014. These included a lack of adequate consideration of outsourcing within its Board and departmental risk appetites, the absence of processes for identifying critical outsourced services and flaws in its initial and on-going due diligence of outsourced service providers. Raphaels’ outsourcing arrangements continued to be inadequate until the end of 2016, by which time Raphaels had designed new outsourcing policies and procedures to remedy the failings.

Mark Steward, FCA Executive Director of Enforcement and Market Oversight said Raphaels’ systems and controls supporting the oversight and governance of its outsourcing arrangements were inadequate and exposed customers to unnecessary and avoidable harm and inconvenience. He commented: “There is no lower standard for outsourced systems and controls and firms are accountable for failures by outsourcing providers”

Sam Woods, Deputy Governor for Prudential Regulation and Chief Executive Officer of the PRA, said: “Firms’ ability to manage outsourcing of any critical activities is a vital part of maintaining their safety and soundness. Such outsourcing is an important part of a firm’s operational resilience, and particularly so in the case of Raphaels given the level of reliance on outsourcing in its business model. In addition, this was a repeat failing which demonstrates a lack of adequate and timely remediation. This is a significant aggravating factor in this case, leading to an uplift in the penalty.”

The Financial Conduct Authority (FCA) is introducing new rules in the Buy Now Pay Later (BNPL) market, expected to save consumers around £40-60 million a year. The measures are designed to reduce the harm experienced by consumers who buy products using BNPL credit offers via catalogue credit, store cards and retailers.

BNPL offers tend to provide a promotional period, typically up to 12 months, during which consumers do not have to make payments and are not charged interest. However, if the consumer does not repay the entire amount within this period, then interest will usually be charged from the date of purchase. Consumers who repay part but not all of the amount owed are still charged backdated interest on that part. Typically, over a third of consumers do not repay within the offer period, incurring interest charged from the date of purchase.

The new rules which are set out in the FCA Policy Statement 19/17 (published on 12 June 2019), stop firms from charging backdated interest on amounts of money that have been repaid by the consumer during the BNPL offer period. They also require firms to:

Christopher Woolard, Executive Director of Strategy and Competition, at the FCA, said the changes are intended to simplify the BNPL products and make it easier for consumers to make informed decisions. He commented: “The rules we will be implementing will not only improve the information consumers receive about BNPL offers, but will stop firms from charging backdated interest on sums repaid during the offer period. We expect the overall package of measures will save consumers around £40-60 million a year and tackle the harm we identified in this market. As we have shown, we will intervene where we see harms and we remain vigilant in this and other sectors.”

The rules for the disclosure measures will come into force on 12 September 2019. The partial repayment rule, which will prevent backdated interest from being charged on repaid amounts, will come into effect on 12 November 2019.

Treasury consults on the regulation of pre-paid funeral plans

The HM Treasury is consulting on amendments to the regulatory framework to bring all funeral plan providers within the remit of the FCA. The consultation follows a recent call for evidence which showed widespread concerns around the conduct of funeral plan providers, with some employing high pressure and misleading sales tactics in order to get customers to sign up to plans.

Responses to the call for evidence have confirmed that consumer detriment is present in the market and that there is broad demand for the sector to come under compulsory regulation.

There is some voluntary regulation of the sector with some providers electing to become registered with the Funeral Planning Authority (FPA). However, while the FPA requires its members to abide by a set of rules and a Code of Practice, firms can choose not to sign up to its rules.

The government’s objectives are that any regulation of the sector should seek to ensure that:

City Minister John Glen has welcomed the consultation, saying: "Planning for your funeral can be a difficult experience, but one that many of us will need to go through at some point in our lives. It's shameful that there are those out there who look to prey on people when they are in this often emotional and vulnerable state. That's why I've taken the decision to regulate prepaid funeral plans, so people can have more confidence in the products they're being offered and peace of mind that their affairs will be handled correctly."

The FCA is introducing reforms to make overdrafts simpler, fairer, and easier to manage. The reforms will protect the millions of consumers that use overdrafts, particularly more vulnerable consumers.

The changes, which represent the biggest overhaul to the overdraft market for a generation, include:

Andrew Bailey, Chief Executive of the FCA comments: “The overdraft market is dysfunctional, causing significant consumer harm. Vulnerable consumers are disproportionately hit by excessive charges for unarranged overdrafts, which are often ten times as high as fees for payday loans. Consumers cannot meaningfully compare or work out the cost of borrowing as a result of complex and opaque charges, that are both a result of and driver of poor competition.

“Our radical package of remedies will make overdrafts fairer, simpler and easier to manage. We are simplifying and standardising the way banks charge for overdrafts. Following our changes we expect the typical cost of borrowing £100 through an unarranged overdraft to drop from £5 a day to less than 20 pence a day.”

The new rules, which are detailed in the FCA Policy Statement 19-16 will be in force by 6 April 2020, however, the guidance on refused payment fees will take effect immediately, and the repeat use remedies which will come into force on 18 December 2019.

The FCA is consulting separately in Consultation Paper 19/18 on further proposals to require firms to publish overdraft fees and charges for overdrafts as part of the current account service metrics.

The Treasury Select Committee has repeated its call on the Government to regulate business lending. The Committee’s comments followed the publication of the FCA’s final report on its investigation into Royal Bank of Scotland’s (RBS’s) treatment of SME customers that were transferred to its Global Restructuring Group (GRG).

SME customers went into GRG expecting that RBS would help their business survive. Once within GRG, some businesses were sold off to pay outstanding loans to RBS. Some customers of RBS complained to the FCA and others about the way they had been treated. Their allegations included that RBS had deliberately put potentially viable businesses into a worse position so they could be transferred to GRG, deliberately targeted more valuable businesses, and asked for personal financial guarantees when GRG had already decided it would sell or close the business.

The FCA has been carrying out an investigation to see if there was any action that could be taken against senior management or RBS. The regulator concluded that while GRG clearly fell short of the high standards its clients expected, as most of the activity of GRG was outside the scope of financial conduct regulation in the UK, its powers to act, even where the mistreatment of customers has been identified and accepted, are very limited.

Andrew Bailey, FCA Chief Executive said: “GRG has been highly damaging for those customers impacted and more widely for the reputation of the banking industry. Combined with other issues that have impacted SME’s it is important for all who work in this sector to regain the public’s trust.”

The FCA Chief Executive suggested that the situation has changed since GRG in several important respects, he comments: “First, the Senior Managers and Certification Regime (SMCR) now defines the responsibilities and accountability of senior managers in authorised firms in a way which applies to all activities they conduct whether they are regulated activities or not. Second, there has been an extension of the scope of the Financial Ombudsman Service in terms of both substantially increasing the coverage to include many more SMEs, and an increase in the amount that can be awarded in such cases by the FOS. These are very important changes.”

Nicky Morgan MP, Chair of the Treasury Committee, said: “This long overdue report will offer no solace to those who suffered from the disgraceful actions of RBS’s GRG. As the Treasury Committee said in our SME Finance Report last year, the FCA should now be given the powers to regulate commercial lending to adequately protect SMEs.

“Disappointingly, the Government did not see a case for doing so; it should urgently reconsider its position. Otherwise, scandalous events such as those at GRG could re-occur.”

The All-Party Parliamentary Group on Fair Business Banking has also commented on the report and is critical of the FCA. Kevin Hollinrake, co-chair of the all-party group, says: “This report is another complete whitewash and another demonstrable failure of the regulator to perform its role. They have manifestly failed to consider the root causes of failures at RBS and whether they were known about or authorised by RBS management”.

The FCA has issued a ‘Dear CEO’ letter to Claims Management Companies (CMCs) reminding them to ensure customers’ interests are protected.

The FCA letter highlights a series of problems it has found in this sector, including that:

The letter warns that CMC’s should not ignore the letter and that failure to comply with the regulatory requirements could result in permissions being removed. The FCA urges relevant firms to ensure that they understand how and where they are regulated and to amend their operational processes accordingly. 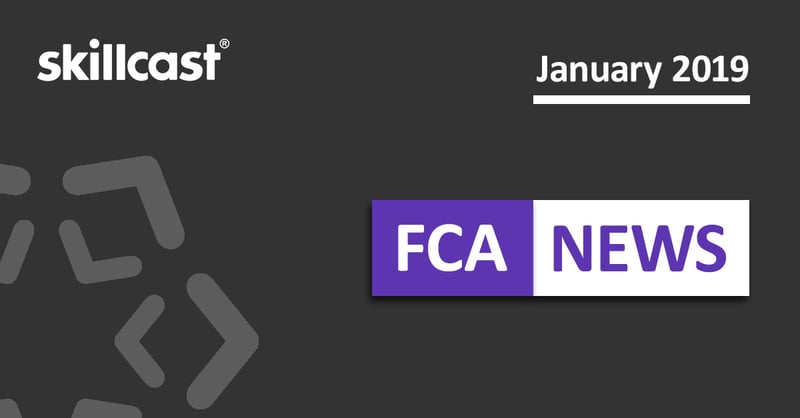 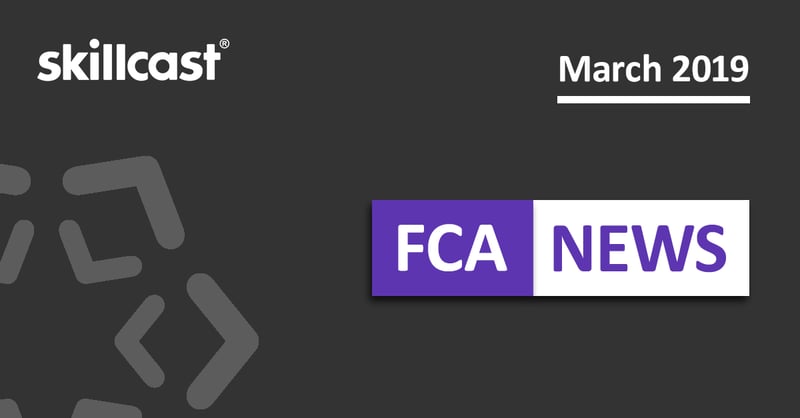 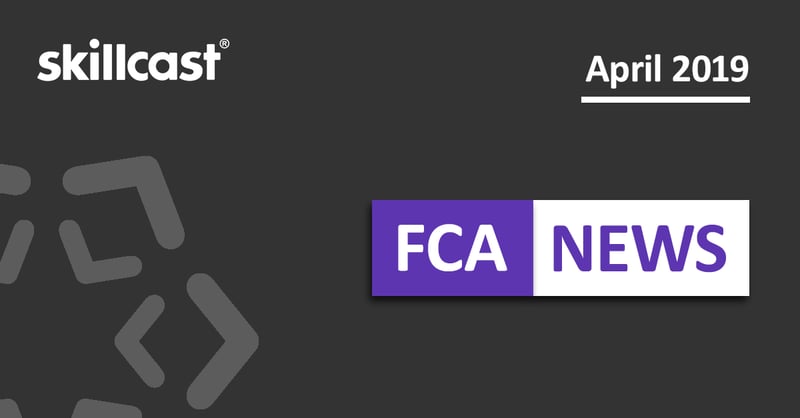