The Health and Safety Executive (HSE) in the UK has had its hands full with investigating health and safety breaches and dishing out penalties to companies that have failed to adhere to regulations. Fines from recent years reflect the severity of these breaches.

Breaches in health and safety legislation have severe consequences, often resulting in serious injury or loss of life. Workplace accidents include falls from height, fire and gas explosions and vehicle accidents on site. In all cases, employers have failed to mitigate workplace risks.

The penalties listed include the fine amount and the company's legal costs. An alarming observation is that two of the highest fines come from 2022, with one of the two sitting in second place. The big fines from recent times are an indication that comprehensive health and safety training is vital.

We've examined the causes of the UK's biggest health and safety fines over the past few years to help you understand how to avoid making the same mistakes. Take a look at the complete list of fines in 2019, the top 10 fines of 2020, the highest penalities in 2021 and the biggest fines of 2022 thus far.

The largest fines of 2019 were handed to Valero Energy UK Ltd and B&A Contracts Ltd over an explosion at a Pembrokeshire oil refinery in 2011, leaving four workers dead and one critically harmed. The blast happened as the five workers used a vacuum tanker to drain one of the Amine Recovery Unit's tanks.

The resulting explosion was so severe that it blew off the tank's 5-tonne roof, launching it 55 metres through the air, narrowly missing a highly flammable pipe track, before hitting a butane storage sphere.

HSE investigators discovered that the refinery's safety management systems possessed numerous longstanding failures. This resulted in the Amine Recovery Unit's flammable atmosphere risks not being adequately controlled or understood by everyone involved.

The HSE found that the source of the gas escape was a fractured cast iron main running under the carriageway to the front of the property. Homeowner, Elena Frunza, was found during the property search and taken to the hospital. She passed away the following day.

Upon investigation, the HSE found that this main did not appear in Northern Gas Networks drawings and maintenance failings in line with the Pipelines Safety Regulations 1996.

The company pleaded guilty to breaching the Health and Safety at Work Act. The HSE concluded that they failed "to follow their safety procedures, in this case requiring the prompt and effective investigation and correction of anomalies in their records."

The largest health and safety fine in 2021 was handed to National Grid Gas plc. The health and safety offences arose from its failure to make records available for hundreds of properties, resulting in routine safety inspections not taking place.

When National Grid Gas sold part of its operations to Cadent Gas in 2016, they did not transfer the records of many buildings. That meant condition surveys, inspections, and routine maintenance had been missing for years.

It highlights that even if injuries do not result from such mistakes, you can still be subject to hefty fines.

The largest health and safety fine handed out in 2020 was to Leadec Limited, a specialist industrial services company, after a worker suffered a fatal injury whilst cleaning waste-water pipes.

Joseph McDonald, an employee of Leadec Limited, was using high-pressure water jetting equipment to clean paint residue from pipes in the paint shop at a car manufacturing site in Solihull. During the process, Mr McDonald was struck by the end of a flexi-lance, causing a fatal injury.

An investigation by the HSE found that while the company recognised the risks of operating high-pressure water jetting equipment, they had unfortunately failed to put in place appropriate measures to mitigate the risks.

They had not implemented or enforced the use of various control measures, such as a pressure regulator or an anti-ejection device, which were missing at the time of the incident, and training and supervision were also not up to standard.

Karro Foods Ltd, a Yorkshire food manufacturing company, was fined almost £2 million after two of its employees were critically injured after falling more than four metres through a roof light. One employee suffered a punctured lung, muscular contusions to his thigh, and four rib fractures.

The other worker suffered muscular injuries in one leg, a fractured skull, and an ear injury which still affects his memory, balance, and mental health.

This case's critical factor was the build-up of moss and grime on the roof light, which accumulated over the years. It was thus invisible to the naked eye, and nobody had made any workers aware of its presence.

HSE inspector Mark Slater said it was "a wholly avoidable incident, caused by the failure of the company to provide adequate controls against the risks arising from working at height."

Following a 2015 explosion that left two workers dead and one seriously injured, Celsa Manufacturing (UK) Ltd was issued a hefty fine after pleading guilty to allowing such an avoidable tragedy to occur.

The three employees affected were draining hydraulic lubrication oil from an accumulator vessel when a flammable atmosphere developed and unexpectedly ignited, causing the fatal blast.

After looking into the case, investigators discovered that the procedure carried out at the time was neither consistently undergone nor properly understood by many of Celsa's workers, indicating that a tragedy such as this was waiting to happen. Yet, this could have been prevented entirely had an appropriate risk assessment been carried out and suitable control measures implemented.

British Airways was fined £1.8m after an employee was crushed by a tug vehicle at Heathrow Airport.

An HSE investigation found that the practice of walking between the two provided lanes was unsafe, and British Airways breached health and safety regulations.

The HSE identified significant failings in the general management of health and safety and workplace transport risks, including issues relating to supervision and monitoring, risk assessment and training.

HSE inspector Megan Carr described the situation as "an incident waiting to happen."

The offence arose in connection to their failure to prevent suicides. The risk posed by ligature points had been highlighted, yet the trust took years to take action.

Judge Cavanagh commented that there was "no doubt the failures to remove ligature points were a significant cause in the deaths of 11 people who died during the relevant time period and of a 12th person who died just after and a number of near misses."

In one of the most tragic cases on this list, two companies were fined in January 2019 following the death of a child. The tragedy occurred when five-year-old Alexys Brown put her head outside a broken vision panel in her home's lift as it travelled upwards.

Since she was alone in the lift then, nobody could offer immediate assistance, and she ended up losing her life due to the injuries sustained.

The HSE investigation noted many critical failings on the parts of Synergy Housing Limited, the property owner, and Orona Limited, the company in charge of the lift's maintenance and repairs.

These failings included a lack of inspections, the vision panel not being replaced or repaired, no risk assessment carried out when the Browns moved in, key failsafe mechanisms not in place, and tenants not being given critical safety information.

Cleveland Bridge UK Ltd has been guilty of breaching sections 2(1) and 3(1) of the Health and Safety at Work Act 1974 and several safety regulations. The company was subsequently fined £1.5 million and ordered to pay costs of £29,239.

Electrician Keith Poppleton fatally fell 8 metres from a crane's walkway when an access panel gave way beneath him. He was repairing wiring causing short-circuiting at the time of the accident.

The HSE inspector, Jonathon Wills, said "this was an incident that could easily have been prevented had the company considered the risks associated with such access panels." 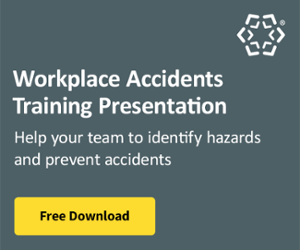 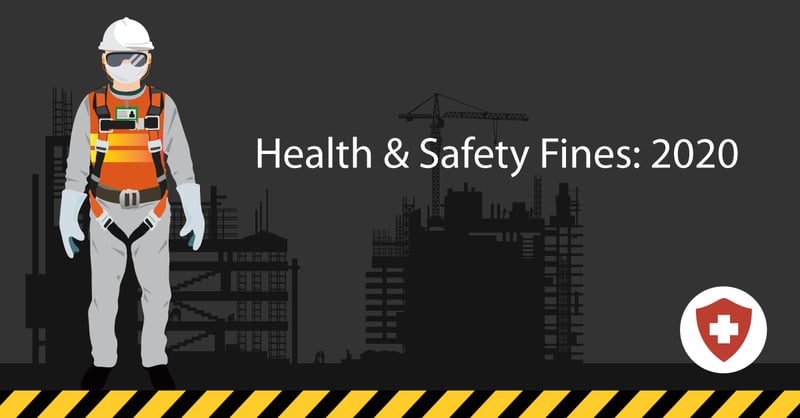 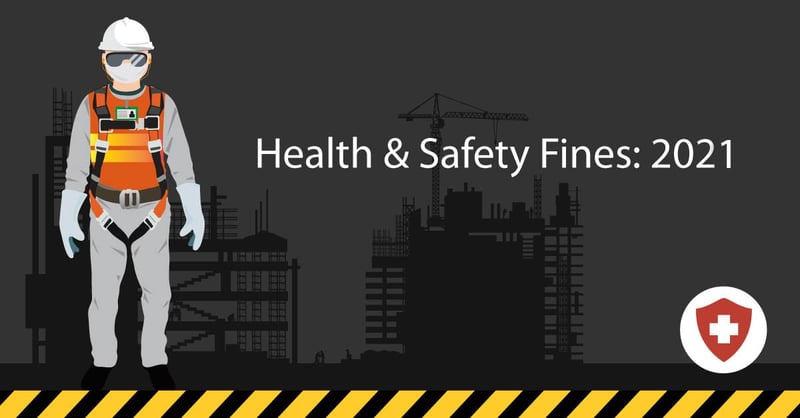 We take a look at the highest UK health and safety fines of 2021 to find out how these incidents could have been... 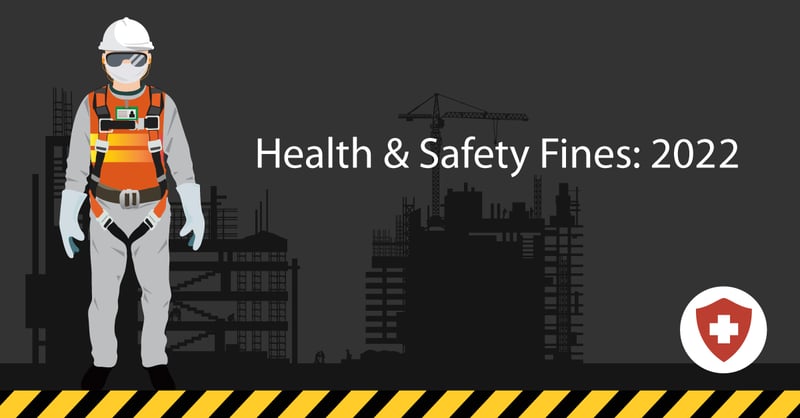 We have seen some significant health and safety fines issued this year, including the biggest the UK has seen in over...