The UK's National Association of Estate Agents is warning firms to check their data collection, retention and disposal procedures after a huge fine was handed out for GDPR violations in Germany.

In a statement, it said, "Unfortunately, in supervisory practice, we often encounter data cemeteries such as those found at Deutsche Wohnen SE. The explosive nature of such misconduct is unfortunately only made aware to us when it has come to improper access to the mass hoarded data, for example in case of cyber-attacks. But even without such serious consequences, we are dealing with a blatant infringement of the principles of data protection."

According to the NAEA's website, it's the first-ever GDPR fine relating to a company's data retention schedule and the highest penalty yet for a property company. The association is warning UK agents that the Information Commissioner's Office may use this landmark case to set future fines.

Earlier this year, the ICO fined Parliament View £80k for failing to secure the personal and financial data of landlords and tenants. It looks like firms can expect stiffer fines post-GDPR.

When FOMO can lead to uh-oh...

A former social services assistant has been prosecuted for looking at personal information without authorisation.

Michelle Shipsey who worked for Dorset County Council was ordered to pay £700 costs, with a £20 victim surcharge, and sentenced to a 6-month conditional discharge for accessing the social care records of four individuals without a business reason.

Hazel Padmore, Head of Investigations at the ICO, said: "Although new to the role, [the worker] had undertaken both data protection and cybersecurity training and therefore was acutely aware of the responsibilities she had towards maintaining client confidentiality. Our successful prosecution of this individual sends a clear message, that we will take action against individuals who take it upon themselves to abuse their position of trust."

Curiosity or a Fear Of Missing Out (FOMO) could spell disaster for anyone who breaks the rules.

Taking a $467k bite out of Apple for sanctions violations

Apple Inc has agreed to pay $467,000 for violating US sanctions by dealing with a blacklisted entity.

In 2008, Apple entered into app development with SIS, d.o.o. (the Slovenian suffix for a limited company), whose owner Savo Stjepanovic was added to the List of Specially Designated Nationals and Blocked Persons List (the SDN List) in February 2015 after suspected involvement in steroid trafficking.

On the same day, Apple ran its screening software against the list of app developer names but it failed to flag the blacklisted entity and continued hosting SIS apps in the App Store, even though the address matched that on the OFAC list. Why?

The error came to light two years later in 2017 when Apple's sanctions software tool was upgraded.

By that time, Apple had made 47 payments in relation to SIS apps and collected $1.2 million from customers who downloaded them over the 54-month period.

The size of the fine is paltry for the $1 trillion tech firm, but this case illustrates how even companies with presumably the latest tech can be tripped up by basic admin errors.

Could this be the start of the predicted rise in sanctions from 2020?

Swedish telecoms company Ericsson had agreed to pay two US regulators over €1bn for a "years-long corruption campaign" and numerous bribes, slush funds and gifts across its operations.

It will pay the Securities and Exchange Commission (SEC) $540 million - the second biggest FCPA fine after Petrobras - and the US Department of Justice over $520 million, after paying bribes across five countries "to solidify its grip on the telecommunications business".

The Justice Department said, "Ericsson’s corrupt conduct involved high-level executives and spanned 17 years and at least five countries, all in a misguided effort to increase profits."

It had slush funds that were used to pay corrupt officials in Djibouti, China, Vietnam, Indonesia and Kuwait. Payments were made via agents, intermediaries, using fake invoices for non-existent consulting services.

In addition, the firm did not receive full credit for cooperating with the DOJ, having failed to disclose allegations of corruption regarding two matters. It was also late providing information requested by the regulator and failed to "take adequate disciplinary measures" against those involved.

U.S. Attorney Geoffrey S. Berman of the Southern District of New York said, "Ericsson conducted telecom business with the guiding principle that ‘money talks.’ Today’s guilty plea and surrender of over a billion dollars in combined penalties should communicate clearly to all corporate actors that doing business this way will not be tolerated."

He could so easily be talking about this next case too...

Something is fishy...corruption in Namibia's fishing industry

If you've ever wondered why dealing with foreign government officials is so risky, then the answer surely lies in this "deep dive into the world of corruption".

It follows an investigation by Al Jazeera and RUV (Icelandic state TV) into corruption in Namibia's fishing industry after a cache of WikiLeaks documents dubbed the #FishRot Files was obtained from a whistleblower, former MD of operations for the Icelandic company.

He claims that around $10m was paid via Norwegian DNB accounts to shell companies in tax havens - and to African officials and politicians masquerading as "consultancy fees".

The CEO of Samherji Thorsteinn Már Baldvinsson and Mike Nghipunya, CEO of Namibia's state-owned fishing company Fishcor, have both been suspended following the allegations.

All of those involved deny wrongdoing. *sigh*

CISI warns advisers are not ready for SMCR

Done all of your Christmas shopping yet? If you're struggling to get everything ready for the festivities, then spare a thought for those who have also been preparing for the roll-out of the Senior Managers Certification Regime (SM&CR) on 9 December. Bit of a double whammy!

The regime which has already been implemented in the banking and insurance sectors is now being extended to solo-regulated firms.

But Jacqueline Lockie, the head of financial planning at the Chartered Institute for Securities and Investments (CISI) has warned that many firms are not prepared for SMCR.

She said, "Advisers are still underestimating the logistical issues in training staff under the new rules, the training must be individual for different groups of staff. It needs to be very specific and there are so many nuances", anticipating that some would still be grappling with the new rules beyond the deadline.

Commenting on its rollout in the banking sector, the FCA observed that many firms struggled to explain what a conduct risk looked like for their business and had not tailored the conduct rules to specific job roles.

Showing no sign of Christmas spirit, the regulator will also extend the SMCR rules to benchmark administrators following successive manipulation scandals which have so far seen fines of over £2bn.

If you need to turbocharge your SMCR implementation, then we've got you covered.

Alas, we can't offer you the same help with your Christmas shopping!

The HMRC must feel like Santa. It's facing a deluge of 5.7 million pieces of information relating to the offshore bank accounts of three million British citizens and the HMRC doesn't have the resources to investigate tip-offs.

So instead, it's writing to UK investors named in those reports for financial information hoping to "nudge" them to do the right thing, according to tax consultancy BDO.

Following the Panama Papers scandal, the Common Reporting Standard was introduced by the Organisation for Economic Cooperation and Development (OECD) across the G20 to help jurisdictions see what assets citizens hold overseas in order to prevent tax evasion and avoidance.

The UK tax office issued 540 requests about UK taxpayers to offshore authorities last year, up 24% on the previous year, and has also sent letters to non-resident corporate landlords.

The clampdown is consistent with the "No Safe Havens" strategy - launched in March 2019 - which promises a more robust approach to offshore tax compliance.

Glad tidings we bring, to coin a phrase. The CRS is working. According to the OECD, it has led to a 24% drop in foreign-owned deposits being put in international financial centres.

OECD Secretary-General Angel Gurría said, "Thanks to international cooperation, tax authorities now have access to a huge trove of information that was previously beyond reach. Tax authorities are talking to each other and taxpayers are starting to understand that there's nowhere left to hide. The benefits to the tax system's fairness are enormous."

While any efforts to combat this are welcome, let's also hope the next government gets serious about tackling abuses by formation agents following further reports in the media about Formations House, 29 Harley Street where over 400,000 dodgy companies are registered. It's not going away anytime soon.

A global web of businesses, banks and tax havens used by international crime gangs and fraudsters has been created by a family-owned company in Britain, an investigation has revealed on Twitter

Picture the scene. It's Black Friday. You've braved the traffic jams/queues/carol singers* (*delete as appropriate)… argh, only to be hit by an outage with your bank's online and mobile banking services.

Customers took to social media to complain about Black Friday being "ruined" after NatWest experienced an outage on one of the busiest shopping days of the year.

The bank apologised for the "intermittent problems" but, in fact, it could have happened to any one of us.

Just last month, research released by consumer group Which?, based on FCA data, found that major banks notched up 265 IT shutdowns between them from September 2018 to October 2019 - an average of 5 a week:

Suppose it's one way to avoid overspending on presents!

Which? is less understanding about people being locked out from their money and warns that with such fragile online systems, we're simply not ready to move to a cashless society yet.

Are you still here? While our always-on culture frequently admires and celebrates those who work excessive hours, burnouts and meltdowns are real. According to the Labour Force survey over 12.8 million working days are lost due to work-related stress, depression or anxiety.

So kick back, grab a beer, read a book, go to panto, binge a box set, whatever… All this will still be waiting when you get back. We all need a little downtime now and again. Taking time out is necessary and valuable.

Just watch what you say at those parties… 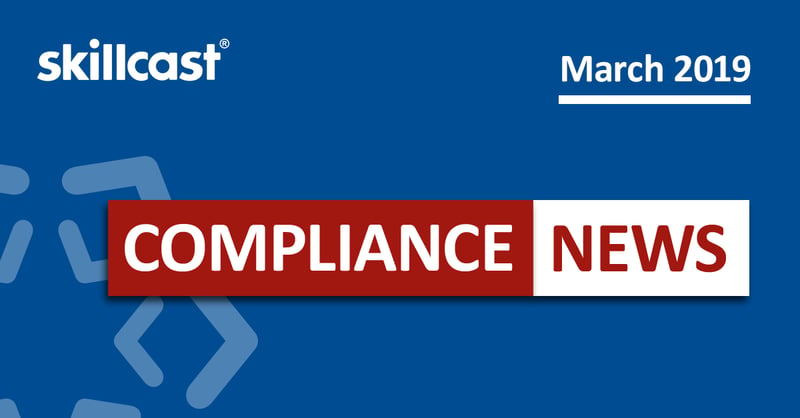 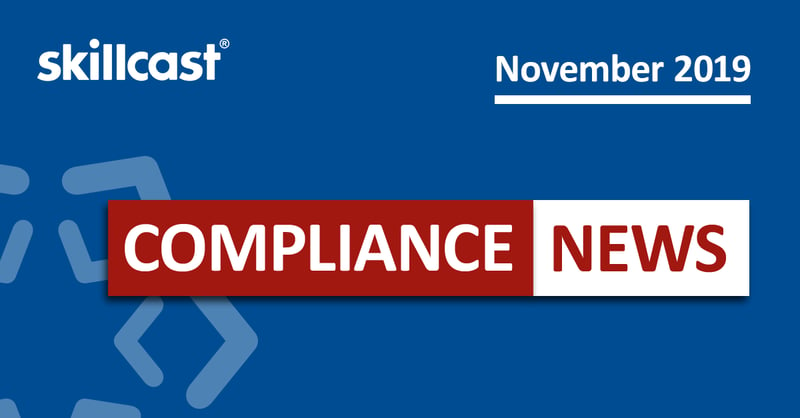