Our pick of the most informative compliance news stories this month:

Jetting off for summer? We're jealous, of course. But the past couple of weeks have shown that the holiday period is not always good news for airlines or travellers.

The Information Commissioner's Office has signalled its intention to fine British Airways a record £183 million (around 1.5% of its global turnover) over its data breach in 2018. This dwarfs the previous record fine of £500k handed to Facebook under the DPA by a considerable margin (367 times higher).

Last summer, when customers booked flights via the BA app or website, they were instead redirected to a fake website which harvested their personal data. It was reported by BA in September 2018.

As the Oxford University cyber-security expert, Andrew Dwyer, explains "The ICO fine shows how serious some of BA’s failings were with its payment processing both on its website and its app."

In another first, the ICO acted as the lead supervisory authority on behalf of other EU data protection authorities whose citizens were also affected by the hack.

Elizabeth Denham, the Information Commissioner, said, "People's personal data is just that - personal. When an organisation fails to protect it from loss, damage or theft it is more than an inconvenience. That's why the law is clear - when you are entrusted with personal data you must look after it. Those that don't will face scrutiny from my office to check they have taken appropriate steps to protect fundamental privacy rights."

Does this herald the start of a new era? A tougher stance from the UK regulator? Perhaps so.

Just a few days later, the ICO flexed its muscles again. This time by announcing that it intends to fine the hotel group Marriott International nearly £100m. The hotel group which owns W, Sheraton and Le Méridien experienced a 'colossal' hack in November 2018, resulting in the personal data of around 339 million guests being stolen:

The ICO insisted that Marriott should have taken more action to secure its systems when it acquired Starwood in 2016.

The Information Commissioner said, "The GDPR makes it clear that organisations must be accountable for the personal data they hold. This can include carrying out proper due diligence when making a corporate acquisition, and putting in place proper accountability measures to assess not only what personal data has been acquired, but also how it is protected.

Personal data has a real value so organisations have a legal duty to ensure its security, just like they would do with any other asset. If that doesn't happen, we will not hesitate to take strong action when necessary to protect the rights of the public."

If you thought the UK data regulator was only interested in big business, think again.

A former employee of Nationwide Accident Repair Services (NARS) - an accident repair firm - has been ordered to pay £25,500 from the proceeds of data theft.

Back in November 2018, the worker was sentenced to six months' imprisonment for using his colleagues' login details to access customer data on vehicle repairs, despite moving to a new job at a different company.

At a court hearing, the judge said he benefited financially from the data theft and ordered him to hand over the proceeds.

ING's Belgian unit has admitted money laundering violations and has been fined €350k by the National Bank of Belgium.

Between 2000 and 2013, the bank failed to follow money laundering rules and raise suspicious activity reports about a Russian customer, despite obvious red flags.

The unnamed client was allowed to make transactions of "hundreds of thousands of dollars" unchecked and the bank failed to carry out adequate due diligence.

Seized supercars to go under hammer

A seized collection of 25 supercars is being offered for auction without reserve by the State of Geneva, according to Bonhams.

The auction which is expected to raise €13 million is an impressive "roll-call of prestige and international marques" which includes Aston Martin, Bentley, Bugatti, Ferrari, Koenigsegg, Lamborghini, Maserati, Mercedes and Porsche.

Less impressive is the story behind them. They belonged to the Vice President and son of the President of Equatorial Guinea Teodoro (Teddy) Nguema Obiang Mangue and were seized in Switzerland in 2016.

The kleptocrat who was convicted in France of embezzling public money in 2017 has also been ordered by French and US authorities to hand over:

In 2014, the Department of Justice said the VP had used his position and influence to amass a personal fortune of $300 million despite being on a government salary of less than $100,000.

US Director of Immigration and Customs and Enforcement said at the time, "ICE remains steadfast in its resolve to combat foreign corruption when the spoils of these crimes come to our shores and we are committed to seeking justice and compensation for the often impoverished victims."

The Swiss court has ordered that the proceeds of the supercar sale be used for social programs in Equatorial Guinea, where 76% of its population live in poverty.

The European Securities and Markets Authority (ESMA) has fined Regis-TR, one of Europe's biggest trade repositories, €56,000 for failing to provide 'direct and immediate' access to details of derivatives contracts.

Regis-TR - a joint venture between Deutsche Boerse and the Madrid Bourse - was criticised for negligence in not implementing systems in time to meet the EMIR reporting obligation between February 2014 to October 2016, covering:

ESMA said, "This is a key requirement to improve transparency and facilitate the monitoring of systemic risks in the derivatives markets."

The investment rules are so complex that even the FCA's own staff sometimes have trouble understanding them.

That's not our belief. Rather, the surprising claim made by Charles Randell - the FCA's own chairman - at an bad-tempered APM on Wednesday when he responded to an investor challenging him about the regulatory perimeter.

The complex rules had led to investors being wrongly advised. Despite being authorised by the FCA, London Capital & Finance mini-bond products were in fact not covered by the Financial Services Compensation Scheme, leaving investors £235 million out of pocket.

The FCA also faced a grilling over its handling of other scandals, including:

Andrew Bailey, the FCA's CEO, also accused Neil Woodford's fund of "following the letter, but not the spirit" of the rules in preventing investors from accessing their cash.

If you need help training staff, why not sign up for a demo of our FCA Compliance library.

Chips are down: Qualcomm gets second EU antitrust fine

The European Commission has fined chipmaker Qualcomm €242 million for its predatory pricing practices.

The case dates back to 2009 when Qualcomm held a dominant position in the market and enjoyed a market share of almost 60%.

While this is not illegal under EU antitrust rules, the European Commission said it abused that dominance by selling three of its chipsets at below cost to ZTE and Huawei in order to drive its closest competitor, Icera, out of the market.

EU Competition Commissioner Margrethe Vestager said, "Qualcomm's strategic behaviour prevented competition and innovation in this market, and limited the choice available to consumers in a sector with a huge demand and potential for innovative technologies."

The fine represents 1.27% of Qualcomm's 2018 turnover, according to a statement by the European Commission.

Qualcomm plans to appeal. The firm has also faced antitrust fines in the US, China, Korea and of the course previously in the EU.

The supermarket chain J Sainsbury's had been found vicariously liable for the sexual harassment of one of its sales assistants by a colleague.

An employment tribunal in Leicester said that the retailer had not done enough to protect the employee from explicit sexual comments, including a threat of rape, made by a co-worker at work.

Judge Ahmed found that Sainsbury's had failed to provide training in respect of equality and harassment issues for its staff or managers and it was therefore liable.

The Judge said, "It is clear that those in managerial positions do not recognise the importance of referring inappropriate comments and behaviour through the correct channels where necessary."

The case follows an earlier incident last month  where a Tesco supermarket worker was unfairly dismissed and managers were accused of not keeping an open mind. These cases illustrate the inherent challenges getting it right.

The US Securities and Exchange Commission has confirmed that Microsoft has agreed to pay $25.3 million to settle claims that officials in four of its subsidiaries paid bribes to foreign government officials in Hungary and elsewhere to secure business.

The SEC disclosed that in Hungary bribes were funded using discounts on software licences, yielding $14.6 million in illegal profits from 2013 to 2015. A Turkish subsidiary also provided excessive discounts without recording the transaction and used them to fund further bribes. Meanwhile, in Thailand and Saudi Arabia a slush fund was used to fund illegal gifts and travel for government officials.

Microsoft President Brad Smith said, "We were deeply disappointed and embarrassed when we first learned about these events several years ago, and we hope that all of the steps we’ve since taken, including today’s settlement, send a strong message." 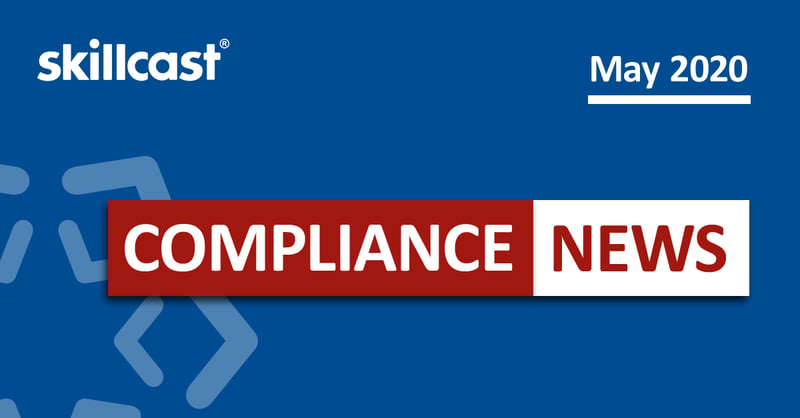