The EU published the 6th instalment of its money-laundering directives only 6 months after the 5th, to further strengthen its attempts to combat money laundering.

The Sixth Anti-Money Laundering Directive (6AMLD) became law from 3rd December 2020 across member states. Organisations then have until the 3rd June 2021 to implement and comply with the new provisions.

Although 6AMLD contains far fewer changes than 5AMLD, it requires businesses to be a lot more proactive. This tougher stance looks beyond the mechanics of compliance and instead focuses on tackling the heinous crimes enabled by money laundering (including trafficking, bribery, and so on).

In short, it empowers firms to implement AML systems that truly protect the innocent. 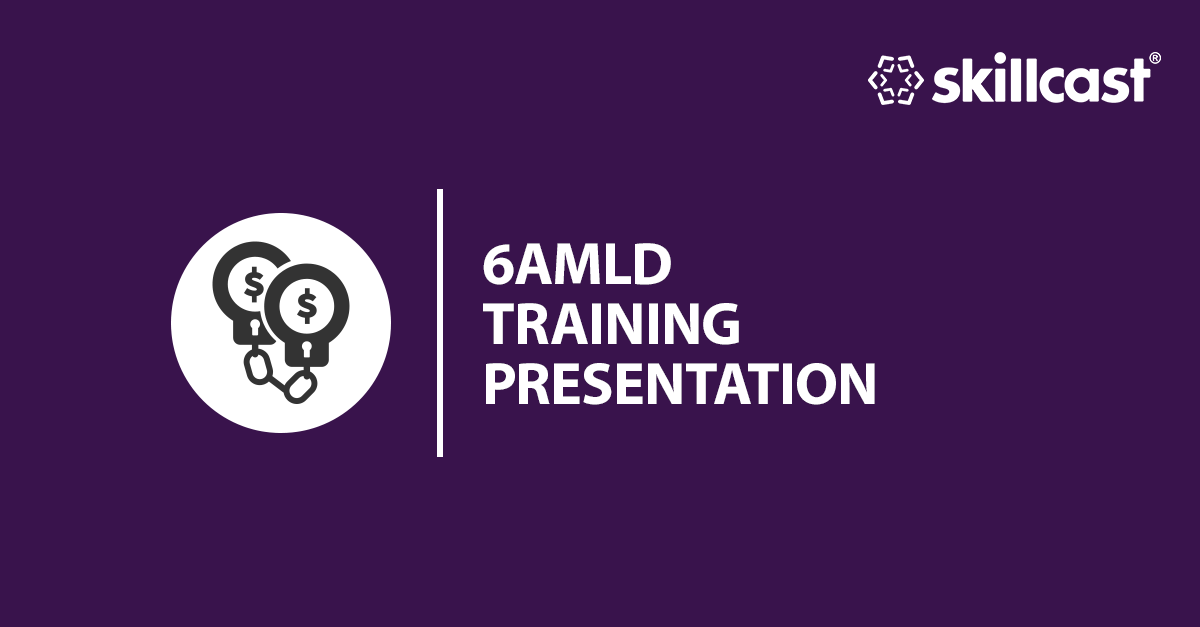 Use our free 20-minute PowerPoint training presentation to help your colleagues understand what 6MLD means and the responsibilities they have.